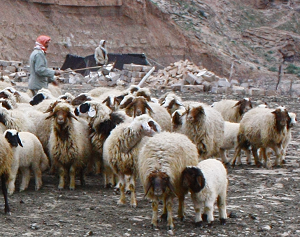 I suppose you want another of Grandad's stories Anna. No not the one about the wolf that attacked three sheep and I had to kill with a knife before it got me. No, no, no more songs that we shepherds sang to each other. I get into trouble with your mother over those. I have a story I never told you before. I have saved it till you were a little older. I didn't want you to think me barmy. And I didn't think it important until now.

It was just an ordinary night. I was quite a young man then. The night was long, but somehow us shepherds would talk most of the night away. How we worked the next day I'll never know. I couldn't do that now - no, I'd fall asleep in the day never mind the night now. This night an angel appeared. Don't look at me like that. It happened. This is why I didn't tell you before. I was scared. I mean scared like I have never been before or since. All four of us hit the deck. How that was going to help I don't know but we did. It just seemed the safest thing to do.

Then the angel said, ` Don't be worried. ` It was a bit late for that, even the night the sheep thieves came seemed tame compared with this. I have often wondered what the angel looked like, all I can say was it was strange but I just knew it was an angel. It was as if I had met thousands before. We were all the same, we knew this was an angel. Then the angel told us about a baby. Not just any old baby—but the birth of the Messiah, the deliverer. But the story did not really add up. The idea that God would want to speak to shepherds took some believing. Then the fact that this special baby was lying in a feeding trough in town stretched our imagination further.

But what clinched the argument was when the rest turned up. 100s of them, actually more like 1000s of them, I don't know maybe it was millions of them, Angels singing. When I say singing, you have never heard singing like it. It was, it was, it was just like the angels, indescribable. Then, they vanished. No goodbye, just went. We looked at each other. It seemed like an age, but then Ben said we had better go and see. Now if we had been thinking straight we would have thought 2 o'clock in the morning is not the time to go rummaging around Bethlehem to try and find a baby. We just did not think. When we got to the town we did not know what to do but we saw a light in Zepheniah’s place and thought at least someone’s up. 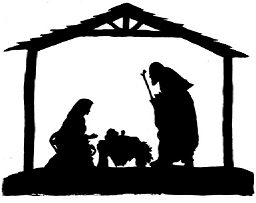 We hit the jackpot. There was the baby. We told the parents, who were strangers to town, what had happened. What surprised me was they did not seem too surprised. Somehow when we saw the baby, it was a thrilling moment just like when you were born, Anna. It was strange, I mean we were strangers, no they were the strangers but it didn't matter. We were all happy.

Suddenly we remembered the sheep. Isaac would have us stoned if any were missing. I could see us trying to explain, ‘ You see, Isaac, there were these angels… .' We walked back singing at the top of our voices. It took a long time to live it down. My mum was convinced we had all been drinking again. Some of the neighbours complained about being woken at night. And somehow it was hard to say ‘ don't blame us, blame the angels. ' So I kept quiet after that. In fact I have kept so quiet about it that over the years I almost wondered did it happen. Was I drunk? But deep down I knew it was true.

It must have all been more than thirty years ago, about the time of that stupid Roman Census. Yes that’s right, that's what brought the strangers into town. I wish I could remember their names. I couldn't even remember the baby's name. But last week, at the Passover it all came back to me. You must have heard all the fuss about Jesus. You know, the one the priests have told us to have nothing to do with. I have always trusted their advice. When it comes to following God they are the people in the know, And the idea of God working through some northerner took some believing anyway. I just took it that the priests are right. Well, last Friday I was hurrying back to be ready for the Sabbath. I passed the rubbish tip. 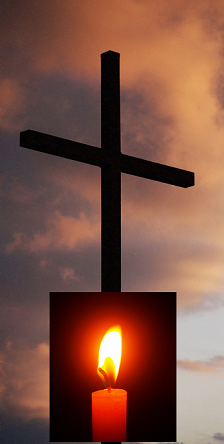 The Romans were doing the usual crucifixions. I was annoyed that there was such a crowd in the way. There was this woman in the crowd. Why I looked I don't know. I was quite surprised to see priests there. I heard someone say that Jesus was the guy in the middle. I thought, ah they have got the little trouble maker at last. But the woman. The moment I saw her I recognised her. She was crying. My heart stopped. She was the mother of the baby. I wanted to shout out, ‘ this is all some terrible mistake. ’ But I was speechless. Tears welled up in my eyes. Some men in the crowd turned on me. ` Old man ' they said, ` Don't cry over Jesus, not if you want to live to cry again. ’ There was a noise. In between gasps for air, Jesus said, ` Father forgive them for they don't know what they’re doing. ' That finished me. I ran, well as near to run as I could in those days.

Anna, I don't understand it all. I can't explain it all.

But you need to know I think it really matters.

To find out how Christmas was in Newport Pagnell last year, see Christmas 2021