LETTER FROM A MINISTER

Recently Newport Pagnell held a 'Vintage Weekend' which helped us to recall the history of the town and the days of the Second World War. People dressed in 1940s costumes and a Spitfire was parked in the medical centre car park so the day was also exciting for those who are photographers as many of us posed or snapshots alongside this iconic fighter aircraft

It is important to remember the facts of what happened eighty or so years
ago, since without remembering our past we are likely to never learn the
lessons that history teaches us. Someone once said that ‘those who do
not learn the lessons of history are condemned to repeat them again’.
History is therefore a great friend, guide, and teacher for all of us.

Sometimes people question whether Jesus existed. But even here, various
Roman historians, who weren’t in the slightest bit interested in
Christianity, write about the teacher from Nazareth, who was reported to
have had a big influence in parts of the Roman Empire. St Paul, one of the
New Testament authors, writes about real places where Jesus ministered
and refers to real living people who were part of the story. He tells us
where these people lived, what jobs they did, and whether they were for or
against the religious leader known as Jesus

The New Testament doesn’t talk about mythical places like Atlantis, and
doesn’t dwell on talking about the fantastic tales of Roman or Greek Gods
or other fictional tales of the day like Jason and the Argonauts. The writers
of the Bible tell us about real people and places and so there is more than
a ring of authenticity about the Good News that the Bible authors are
trying to share with us. In the Bible, St Paul writes about the arguments he
had with various people and of where he failed in some parts of his
mission. He tells us how he and the apostles felt when they arrived in
certain towns and cities that are mentioned in scripture.

This appeal to history is an important part of the Christian faith and helps
us to trust other things that the Bible writers were saying about Jesus’s life
and what happened after the resurrection—of how and why Christianity
spread across the known world. Many historians would say too that
Christianity was one contributory factor in the fall of the Roman Empire.

History is therefore a great teacher since it can at least confirm that someone called Jesus really did exist. To the Christian the historical Jesus is the same esus who we communicate with today. Even if you are not a historian you can till ask the same Lord into your life at any time of day and
night—and then see the difference that this makes to how we view our own personal history, our present, and our future. God’s love for us, shown through Jesus’s life, death and resurrection, changes the way we see everything. This is part of the excitement and joy of Christianity.

Give it a try and see where it leads you! 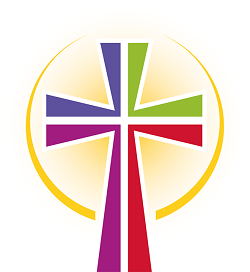